Eric Clapton Back to courses

Welcome to our Eric Clapton Cream Era player study! We kick off with a really cool solo, that really highlights Clapton’s Albert King influence, as well as introduces us to Clapton’s phrasing, vibrato, tone and movement between box 1 and box 2 pentatonic scales. Let's dial in that Woman Tone and get playing! Check out the first video to get started!

In this lesson, as well as having a good listen to the solo we will be learning, we’re also refreshing your memory and quickly recapping the first two shapes of the pentatonic scale. Dan will also be giving the definitive Clapton approach to joining these two shapes together. Take a look at the tab of this, as well as the two scale shapes drawn out on the fretboard in A minor in the fretboard diagrams.

It’s now time to tackle the first lick of the track! As with all the licks, we are using a combination of box 1 and 2 of the A minor pentatonic. The key things to note as we run through this lick are the phrasing (the deliberate space between lines), the vibrato and those “bluesy curl” bends. You’ll notice the “¼” bend a lot on this tab. That is a microtonal bend, which is very common in the blues. Let’s look at the key features of that style of bend.

In this lick, let’s really pay attention to the call and response style phrasing. We hear the “call”, which is often an unresolved lick of some kind, perhaps ending on the b3rd with a micro tonal bend. We then “respond” to that call with a lick that is more resolved, like ending on the root note. Be sure to have your fretboard diagrams out in front of you when you tackle these licks, as you can then reference when the licks end on what notes within the scale.

With this lick, notice just how “chunky” a double string sound can be. In this instance we put together two of the pentatonic notes on the G and B string, and it sounds really full, and very rhythmical. This is a great idea you can try anywhere within the pentatonic scale. These notes are tried and tested, but you can go outside the box to give other notes a go! This lick also highlights how important the rhythm of your lead playing is, with a very clear indication of the beat behind the lead as we come to the end of the lick.

For the final lick we tackle a turnaround based lick. Really, all that means is that we resolve the final note to the root of the 5 chord. In practice in this solo, that means ending on the E note (7th fret on the A string). Once again, this lick is highly rhythmical and pinpoints very specific notes as we work through it. It’s important to count this one in as it comes in on the “3 and” of the bar. You can therefore count as shown below, hitting the first note as you say “and”:

Once you’ve got this final lick together, it’s time to get the whole thing together! Be sure to spend the time to know the scale shape inside out, and which notes are the root, b3rd, 4th, 5th and b7th as you go through it. This will massively help you later down the line! 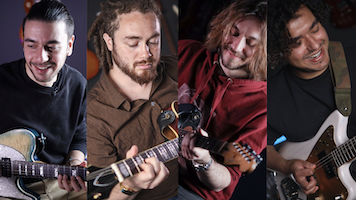 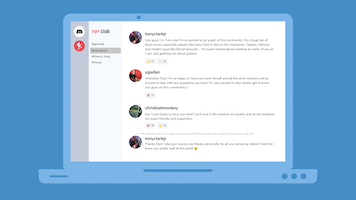 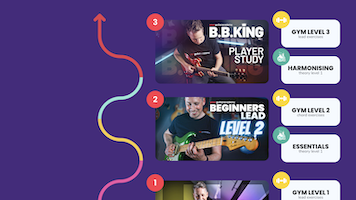 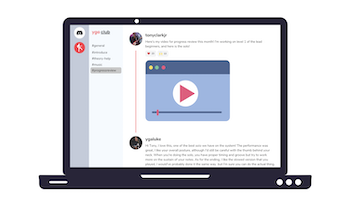 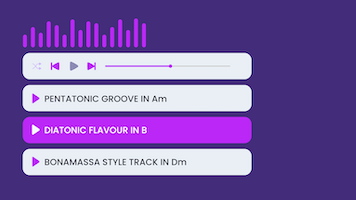 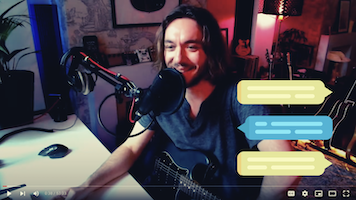 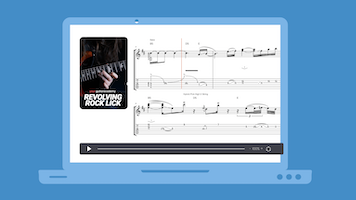 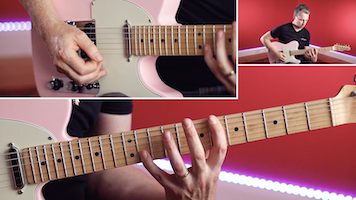