In unit 1, our focus is to get your right and left-hand synced up and hyper funky! It's important to build it up gradually, mastering each element at a time. So, we kick off with the focus on the 16th note strumming, being able to count through a sequence, followed by gradually adding more and more work for the left hand with muting and moving chords. By the end of the unit, you will have a rock-solid concept of how to work through any 16th note pattern that is thrown at you, which allows us to move onto harder parts! Check out the first video to get started and click here to check out the Materials Section below to access backing tracks!

Let's lay down the ground rules before we get too deep! The focus of this lesson is to be able to count in 16th notes, and match that count up to your right-hand movement.

"The right hand should never stop moving... is your metronome and groove machine!"

To work through this part we will use the E9 chord. We would fully expect you to know this chord in detail when taking the funk course, and if you don't we recommend you tackle the Blues Essentials Level 2 course where we do cover it in detail. However, as a recap, this is one of the most common chords in funk, and a lot of the same rules that are present in blues apply to funk music, especially the idea of using dominant chords. We'll get more into that later in the course, but for now, here is the E9 chord we'll be using.

Let's get down to it then! Here are the three exercises we will be practising in this lesson, in order to start to understand how to read and work with 16th note strumming patterns. We have provided the tab and rhythm patterns, but our main focus is the rhythm pattern as we need to learn to read them clearly!

Make sure you are counting "one e and a two e and a three e and a four e and a" as you play through the above part. Keep it slow and make sure that the count matches up with the rhythm pattern.

Let's now level up a little by taking the same three grooves, but this time adding stops with the left hand, rather than letting the chords ring out. The strumming pattern is exactly the same, but the left hand is now doing a little more work.

"To stop the sound, simply release the pressure with your left hand. The hand doesn't need to go anywhere!"

We're now going one step further and adding ghost notes to our patterns. This is quite simply added muted strings to the spaces around the main groove. Sometimes we attack all the free space, other times just little parts of it, depending on what we are trying to achieve. When it comes to rhythm patterns, it will look like this:

To create the dead ghost note sound, rest your fingers on the strings, but don't push down. Then strum them! This will take a bit of practice, but we'll help you through it in this section and for the rest of the course. Here are the exercises 😃😃🤘 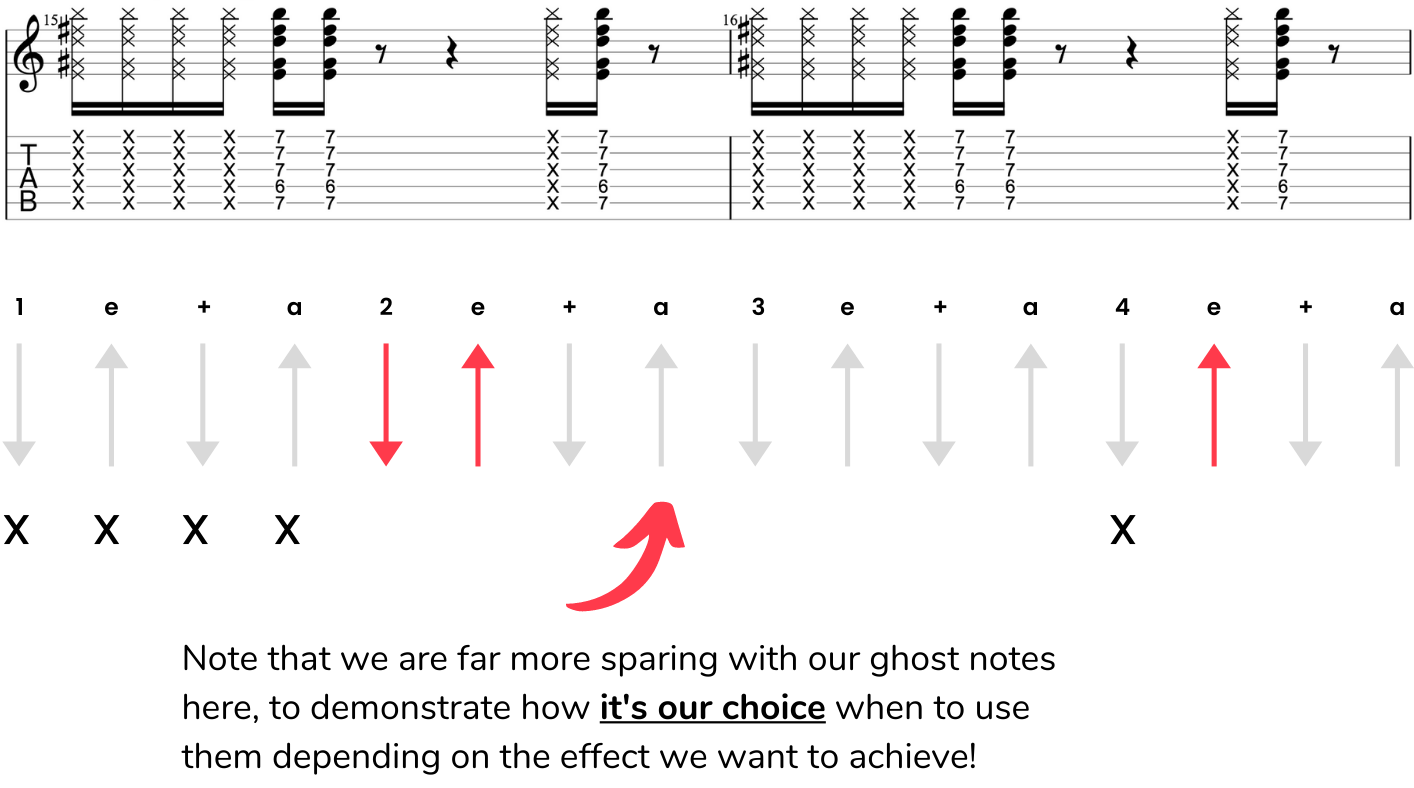 Now that we have a firmer grasp on a range of funky rhythm patterns and how to play them, let's try adding your skills to a full band set-up. In funk, the guitar player can be front and centre in the mix, but they can also be quite low in the mix, depending on the band. For that reason, it's important to practice playing your grooves within a band context, so you can learn to zone in on your part whilst enjoying the sound of the band! 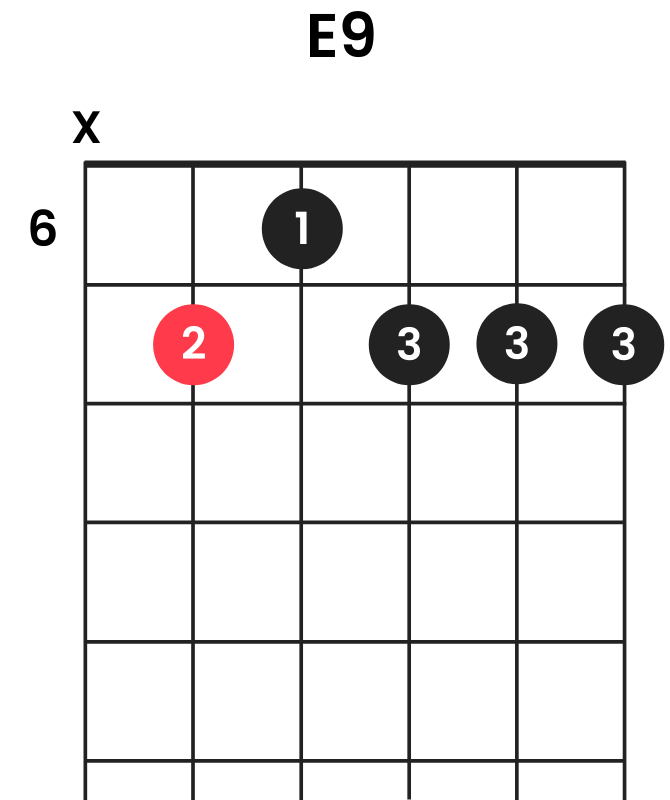 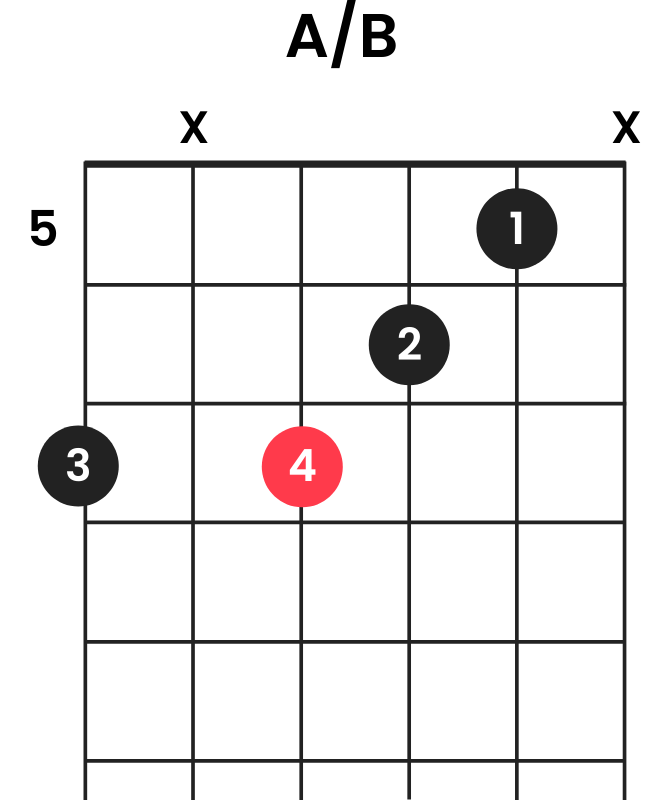 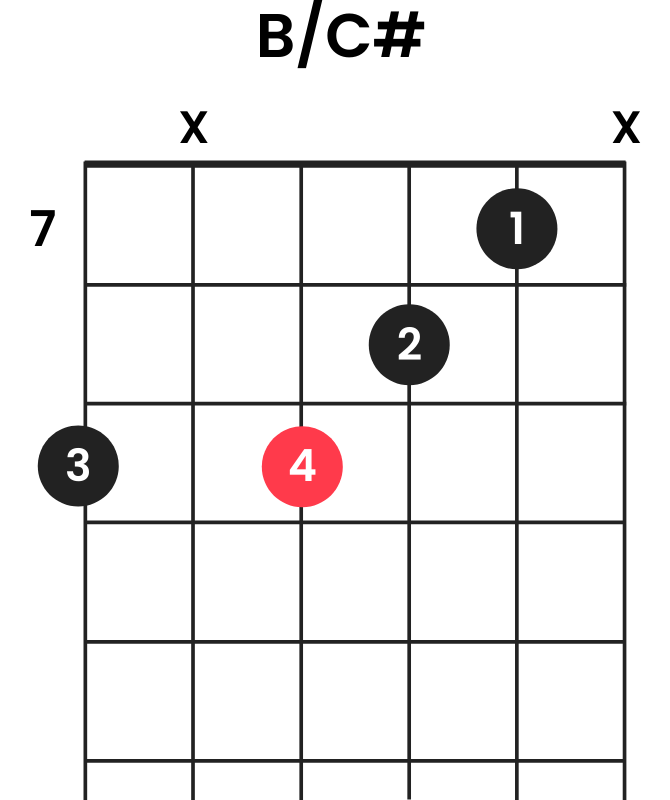 Take some time to learn these chord shapes first. We already have the E9 of course, and now we can bring in the very cool, very well used in funk, A/B chord (and that same shape in various keys ). The way to think about this chord is that it's an A major chord with the bass note deliberately up one tone to create a little more pull to the next chord, and eventually back to the root chord of E9. It's a trick used by a lot of funk players, and now one that you have in your trick bag

"So, when you go to the 4 and 5 chords, use the slash chords as shown here to add more pull to the progression."

Now let's get to the groove and the actual part. Use the tab as a reference, but essentially we are playing the first groove we learnt, with the ghost notes. We then apply the following chord chart. As always, take it slow! 🤘 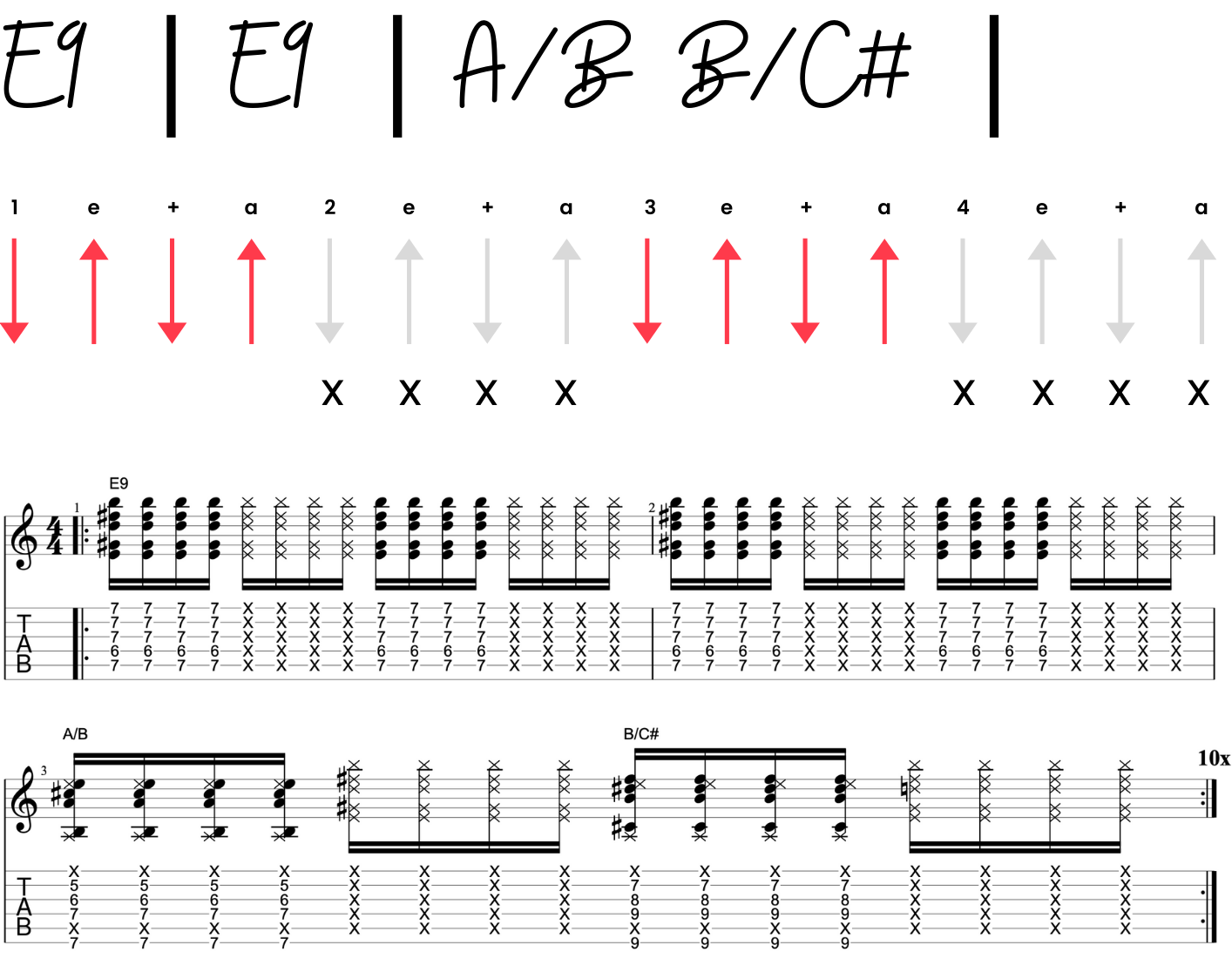 In this second version of "Full Funky" we demonstrate how you can take the same backing track, but using a different rhythm pattern to freshen up the track! So, same chords, different groove... and here it is: 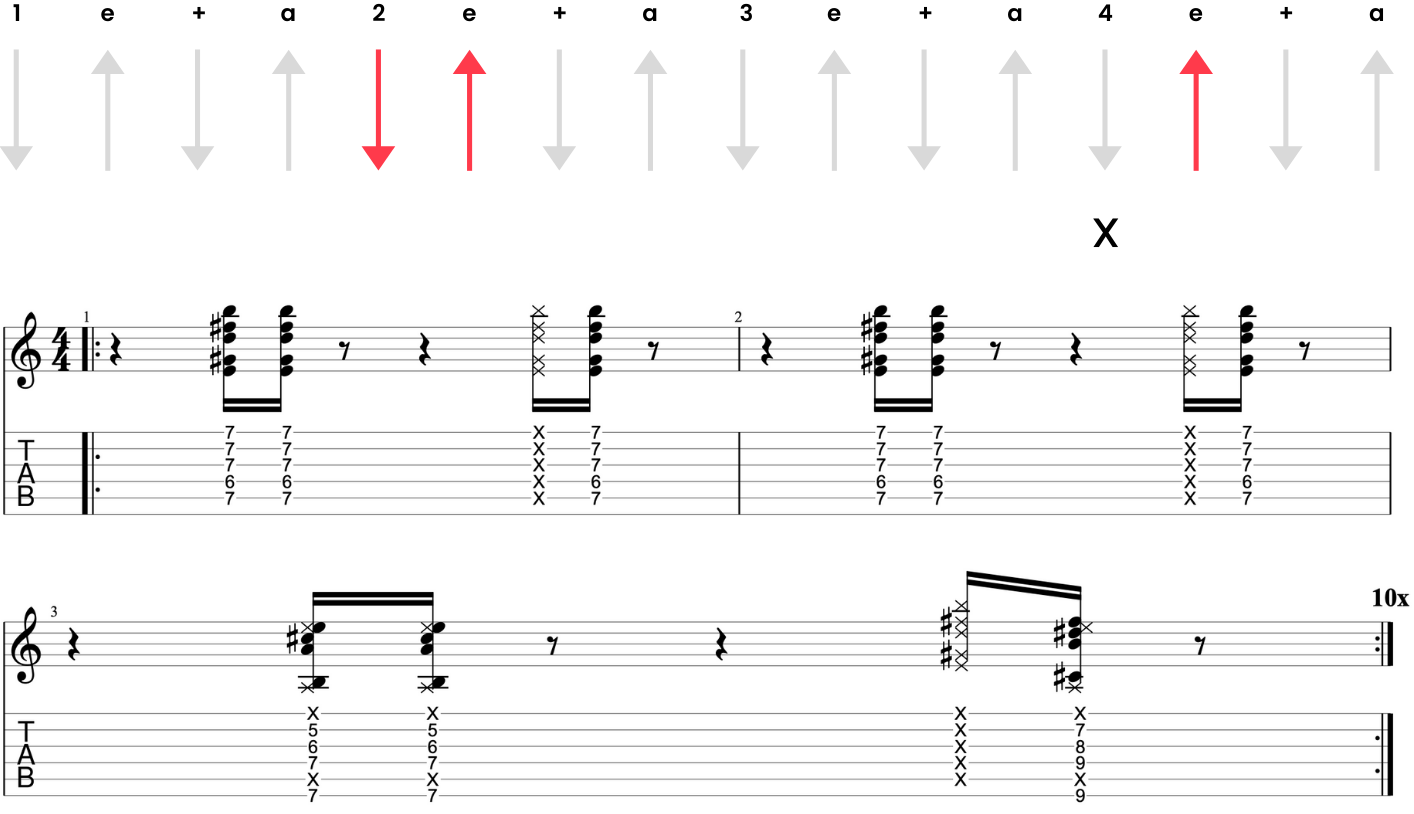 Notice how spares this version of the track feels now, compared to the previous version. This is the power of choice when it comes to your funky grooves. The more you understand how to create 16th note patterns, and their effect, the better you'll be able to influence tracks in the right way!

In this unit we will work through our first full funk track, learning how the guitar player sits amongst the band in a "James Brown era" style groove.