30 DAY BEGINNER CHALLENGE
Back to courses index
Before tackling this course, you should be comfortable with all the material from Unit 3 | Getting Musical

To kick off this unit, we need to catch up with a little bit of theory. Learning the major scale is absolutely crucial when it comes to understanding chords, scales, keys and pretty much everything you play on the guitar!

In this lesson we will kick off with the major scale. To create a major scale, we need a simple formula. The formula is:

So, to work out a major scale you pop the first note at the start, and let the formula do the rest. Let's work out the G MAJOR scale as an example.

Using the full 12 notes of western music, we can apply our formula, remembering that a tone is 2 frets and a semitone is 1 fret. We therefore get this result! Let's take a look at the fretboard and tab for this scale.

NOTE: Instead of finger numbers, the numbers in the circles represent scale degrees...

So the notes are "root, 1st, 2nd, 3rd, 4th, 5th, 6th, 7th and root", which signifies the major scale. At this stage, this is as much as we need to understand! So there we have it, the major scale, and this can now be added to your Guitar Gym warm ups!

In this lesson we will be learning the 3 BIG major chords! These are some of the most played and used chord shapes on the planet, and we'll break each one down in this video lesson. Here we can detail the chord boxes you can use the reference the shapes as you gradually commit them to memory. 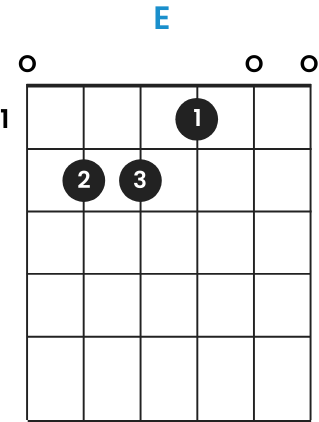 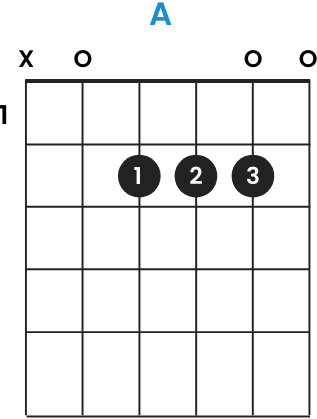 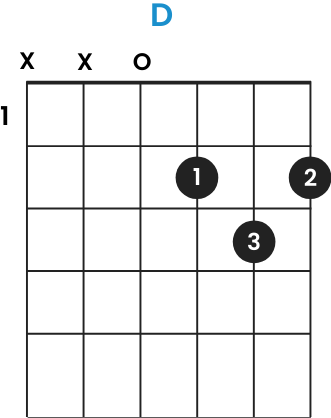 Whilst we continue to practice those wonderful new chord shapes, I have a great little trick for you, to help you learn the notes on the neck even quicker. First up, let's establish our aim...

AIM: Memorise the notes on E and A string, and use this trick to work out the rest.

In terms of memorising the notes on the E and A string, use the fret markers to help. For example, if we memorise that the first dot, on the third fret, is a G on the E string and C on the A string, we can then work out the notes either side of that (Gb, G#, B, C# etc...). This is a steady process, but here are the notes to remember that land on those fret marker dots.

You can think of these as shapes on the neck, which look like this:

This is a great thing to try when you have just a few minutes on the guitar and want to do something productive! Ask a friend to test you by pointing to any note on the whole neck. Fret that note and work backwards using these shapes until you are on the E or A string. At that point, hopefully, you will have the E and A string learnt well enough to quickly shout out the correct note! Enjoy 😃

Let's continue to expand our minds, alongside our new skills on the guitar! You may be wondering... What is a major chord? Of course, you may have also not been wondering this at all! 😂 Either way, here is how we build a major chord.

Next up we need to take the first, third and fifth notes from this scale.

We now have the three notes of the D major chord - D, F# and A. If you put these notes anywhere on the neck, you will create a D major chord. How cool is that? Let's see how they show up on our chord box diagram.

Before you move on, try to do the same process with the E major and A major chord as well. See if you can get the three notes of the chord as well as where they are in the chord shape. Good luck!

Now it's time to do something really fun (and finally add something to our "fun" section in the practice routine. If you remember, we have already learnt the E minor pentatonic scale. Now, we will show you how to move that shape across the neck into any key you like.

If we take our E minor pentatonic shape, and highlight the root notes in red, we can see that the first note (currently the open string) is the root note. Our task is to move this whole shape to another root note. For example, the key of G minor.

Hopefully you can see that it is the same shape, we simply don't use the open strings anymore. We therefore use slightly different fingers for each notes. Here is the tab to help you along with learning this shape.

Now we have the shape better understood, we can easily move it into any minor key by simply taking the root note of the scale shape to the correct note on the E string. For example, if we were asked to play lead in the key of B minor, we would move the scale shape up the neck so that the root note was on the B (7th fret of the E string). Like this:

Voila! Have a bit of fun with this, using the backing tracks provided. Read the key that the jam track is in, move your shape there, and go up and down the scale to enjoy a bit of basic jamming!

Now, before we end this unit, let's just check out our practice routine. We can now add more to the final section... 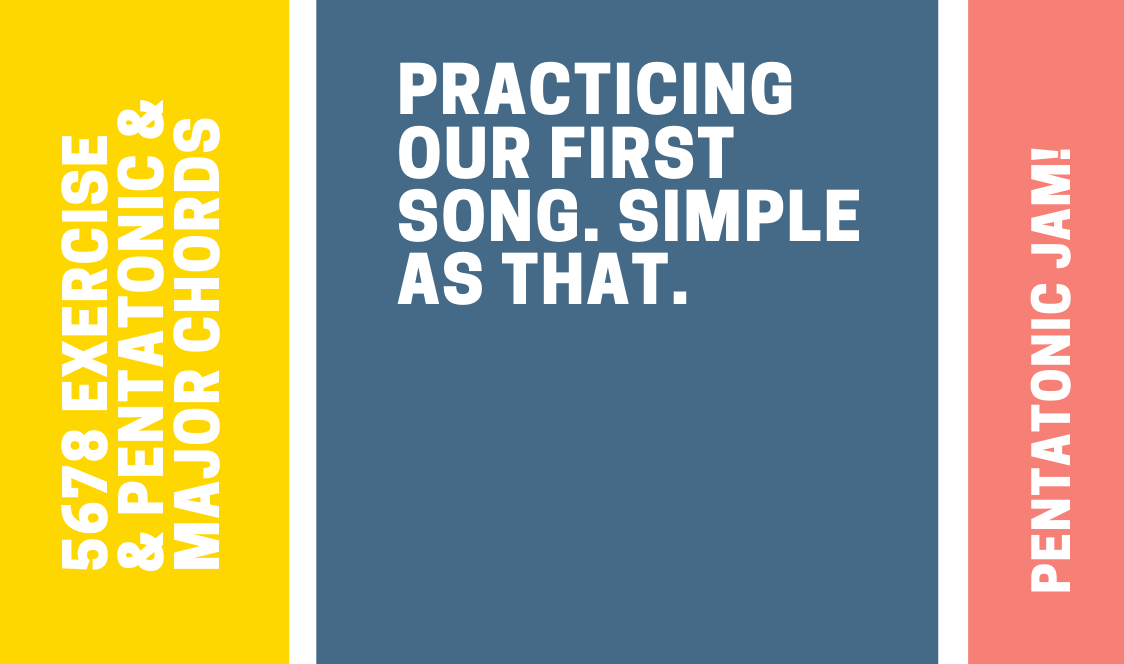 We will be using everything we have learnt so far to put together our next song, from scratch, and learn it just like a pro guitarist would. Over the next few lessons we'll be breaking down the verse, chorus and riff, and then proceeding to put it all together so that you can play through the entire track.